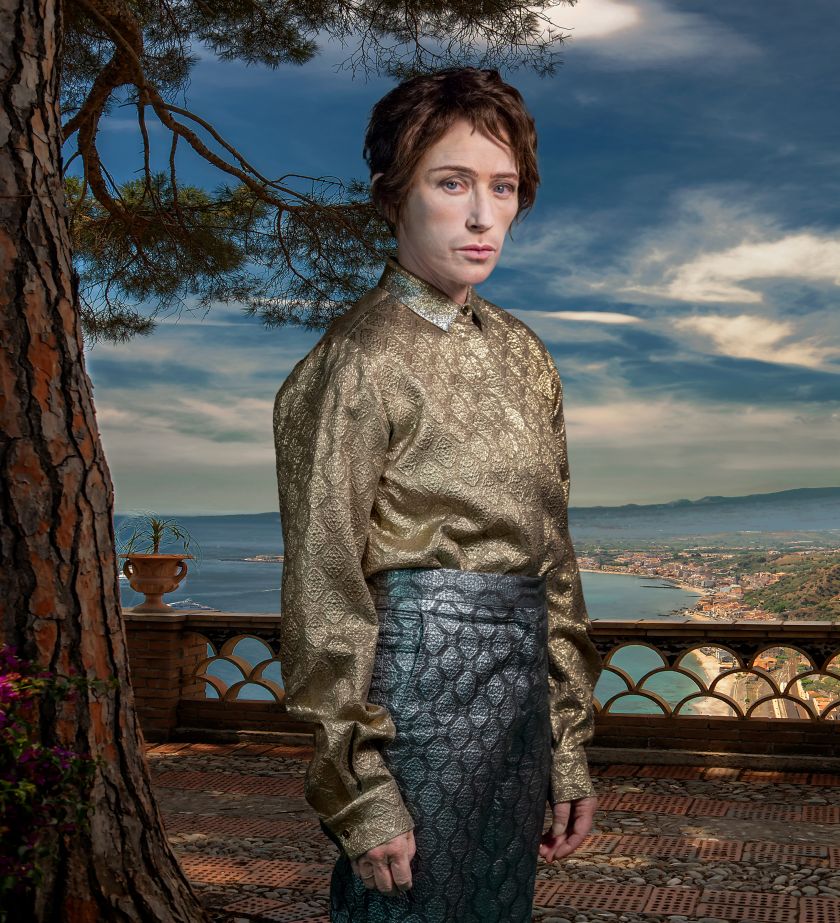 Cindy Sherman is widely recognised as one of the most important artists of the 20th century, and continues to be an influential figure worldwide. Her work consists primarily of photographic self-portraits, and for her latest project, she has transformed herself into an extraordinary cast of androgynous characters, expanding her career-long investigation into the nature of identity and representation.

The figures pictured in the 10 images are dressed primarily in men’s designer clothing, and are posed in front of digitally manipulated backgrounds composed from photographs she took while travelling through Bavaria, Shanghai, and the UK.

This is not the first time the American artist has played with gender stereotypes. In her ‘Doctor and Nurse’ series she dressed as both a male and female character, embodying mid-century professional archetypes, while in ‘History Portrait’ Sherman she appeared as both male aristocrats and clergymen. In her more recent clown series, she donned layers of face paint and shapeless costumes to play with genderless appearance.

Sherman will be the subject of a one-person exhibition at the Fondation Louis Vuitton in Paris that runs from 23 September 23 through 3 January 2021, while there will be an online exhibition at Metro Pictures. 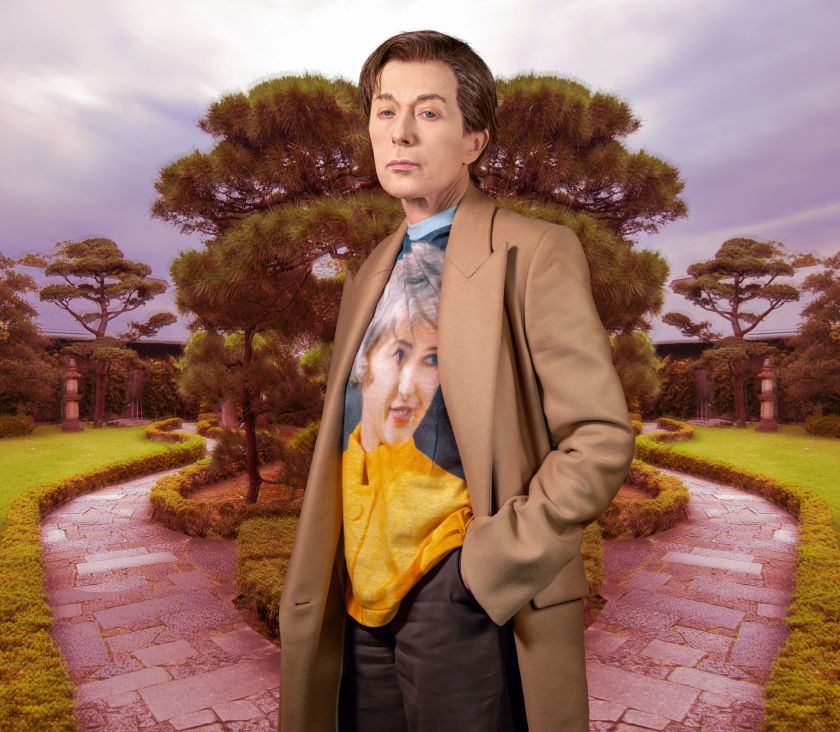 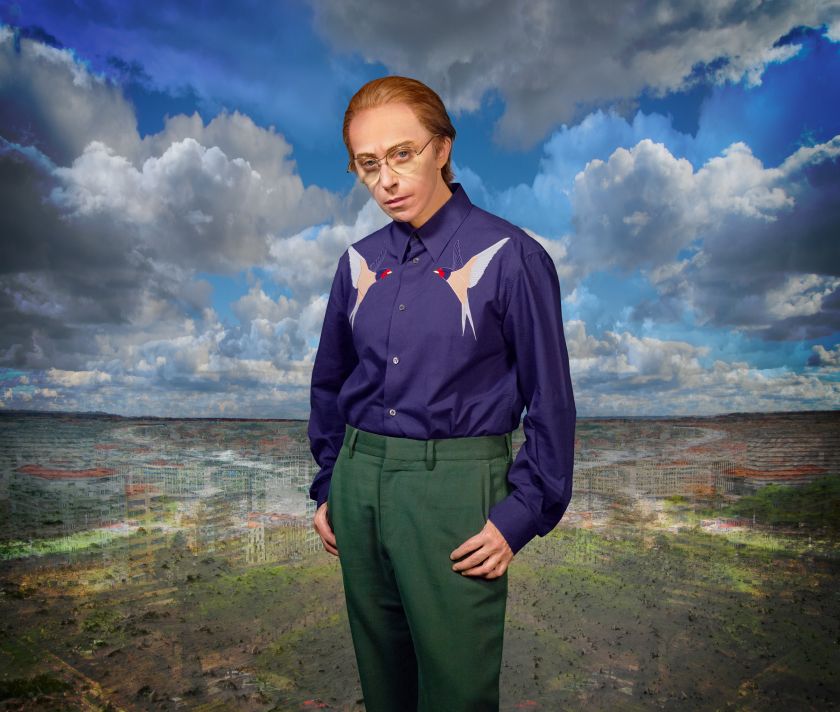