Why should a painting stay confined to the boundaries of its frame? Hanging on a gallery wall, shouldn’t it be allowed to spread out and find freedom? Scottish artist France-Lise McGurn does precisely that with her artworks that spill out onto walls, floors and ceilings of exhibition spaces.

Her latest series is to go on show at Kunsthaus Pasquart in Switzerland this month, drawing on a collected archive of images from films, club flyers and magazines and other platforms for popular culture, as well as her own experiences. These range from life in a city, partying and dreams to motherhood and female sexuality.

Her paintings are inherently sexual but in a non-explicit and ambivalent way. The elegant pose of a thigh or the intertwining of bodies exude languid sexuality that has not yet been consummated, the suggestion of pleasure enhanced by the paint spilling freely across the canvas and her surroundings. Her abstracted figures are usually portrayed naked, whether in groups, in pairs or alone; it perhaps suggests both the strange intimacy of urban connection and the distance of city life.

The found materials that McGurn collects are usually from past decades and have lost their original, immediate function. She makes drawings on paper loosely based on themes in her archive. Specific motifs that emerge from this become a repeated subject, so that when the artist starts producing a wall painting, she has a bank of gestures, shapes and forms in her memory to source from. Because of this process, she feels she knows the figures and understands their context. The artist likens the viewer’s relationship with her figures to the experience in a club environment, where other people are unfamiliar yet close.

McGurn drew and painted for a long time before she started working on canvas, initially making giant collages on paper that covered walls, before working directly on the walls. This allows the canvases to expand in the making, but the intervention in the space itself also feels animated, perhaps even more so because it is ephemeral. She works intuitively from the drawings she makes in response to her collected images, using swift brushstrokes and repeated marks to create abstract areas of wash, on which fluid line drawings of figures drift through the linear forms of minimally delineated objects or spaces. Individual body parts float unrestrained across the surface, connecting the canvases with the wall painting they are placed directly on.

McGurn moved back to Glasgow after completing a Master at the Royal College of Art in London in 2012. Following a solo show at Tate Britain as part of the Art Now series in 2019, she had exhibitions at Simon Lee Gallery in London and Tramway in Glasgow in 2020. Her latest show at Kunsthaus Pasquart is her most extensive to date, launching on 19 September until 22 November 2020. 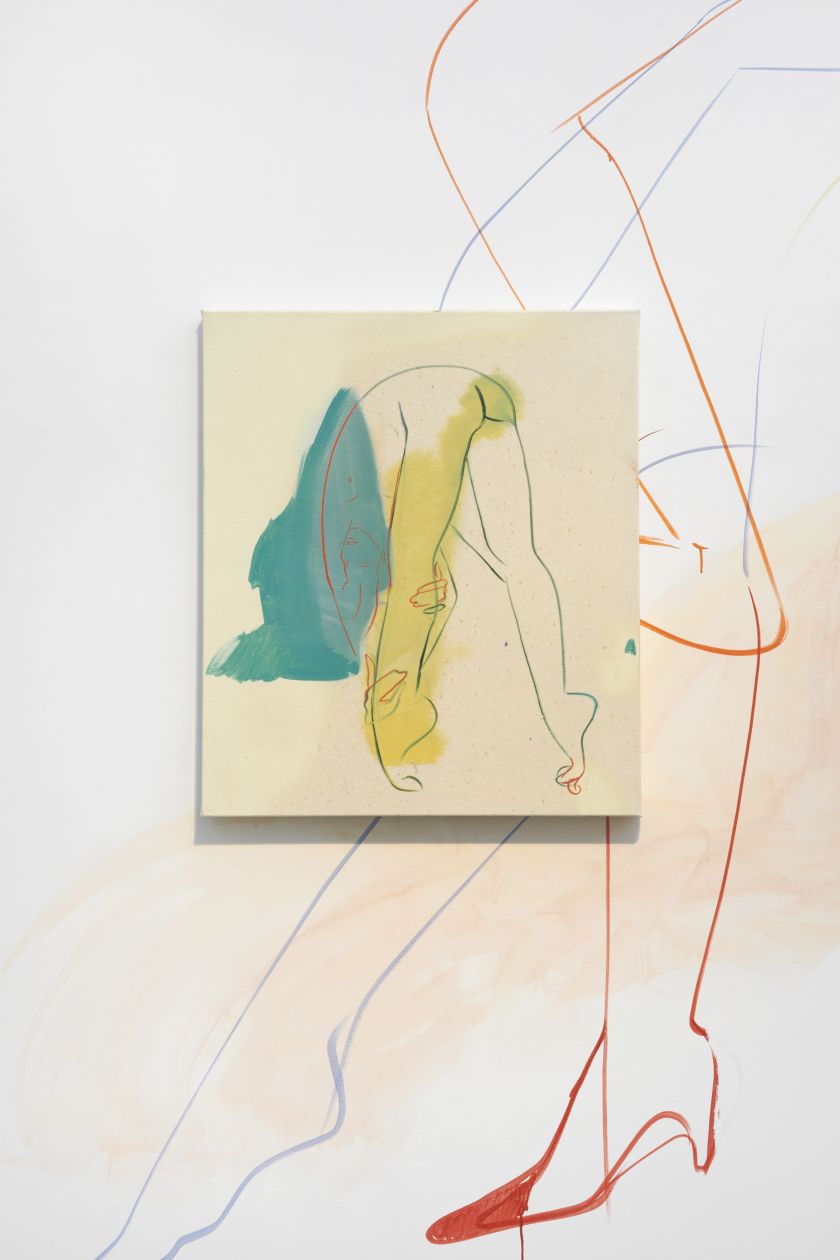 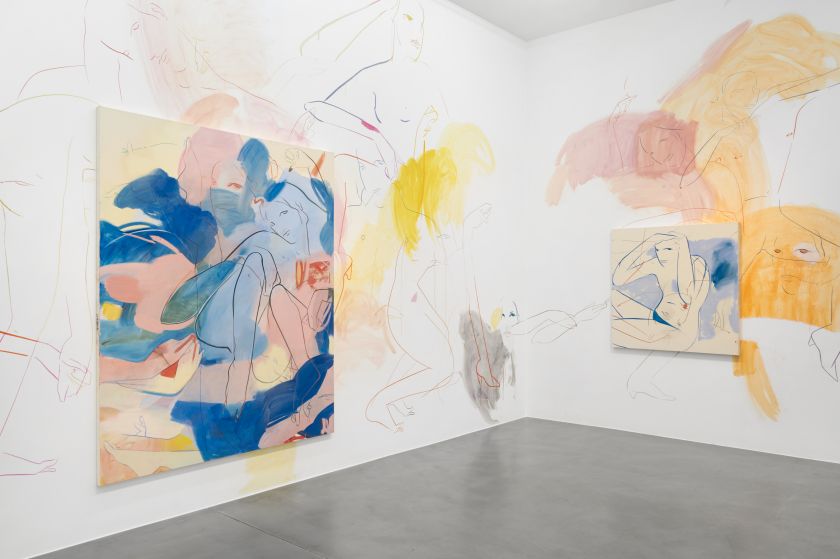 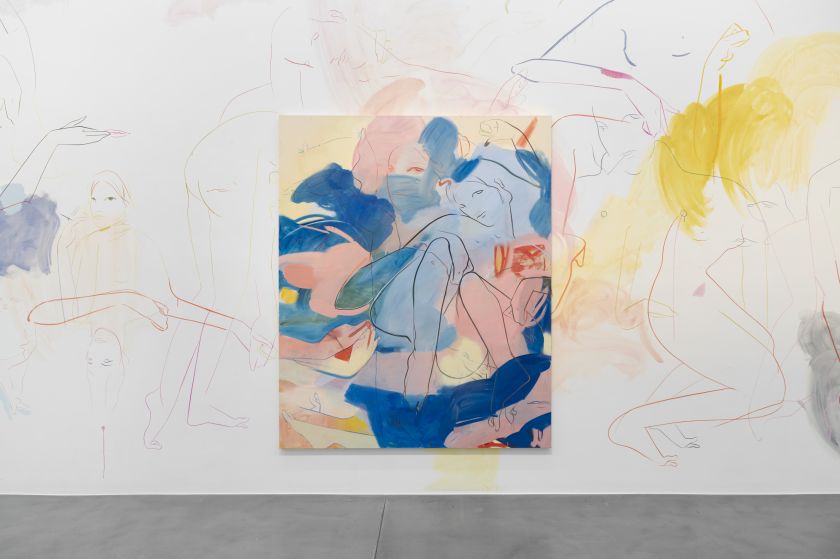 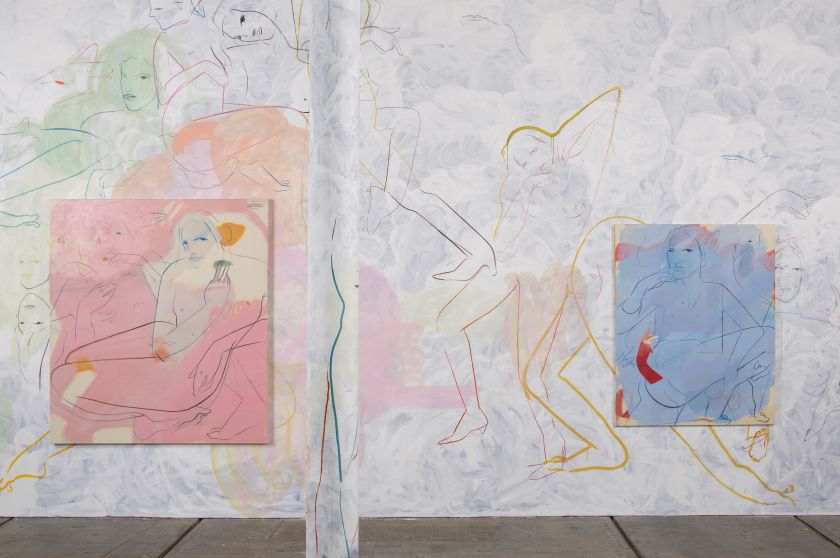 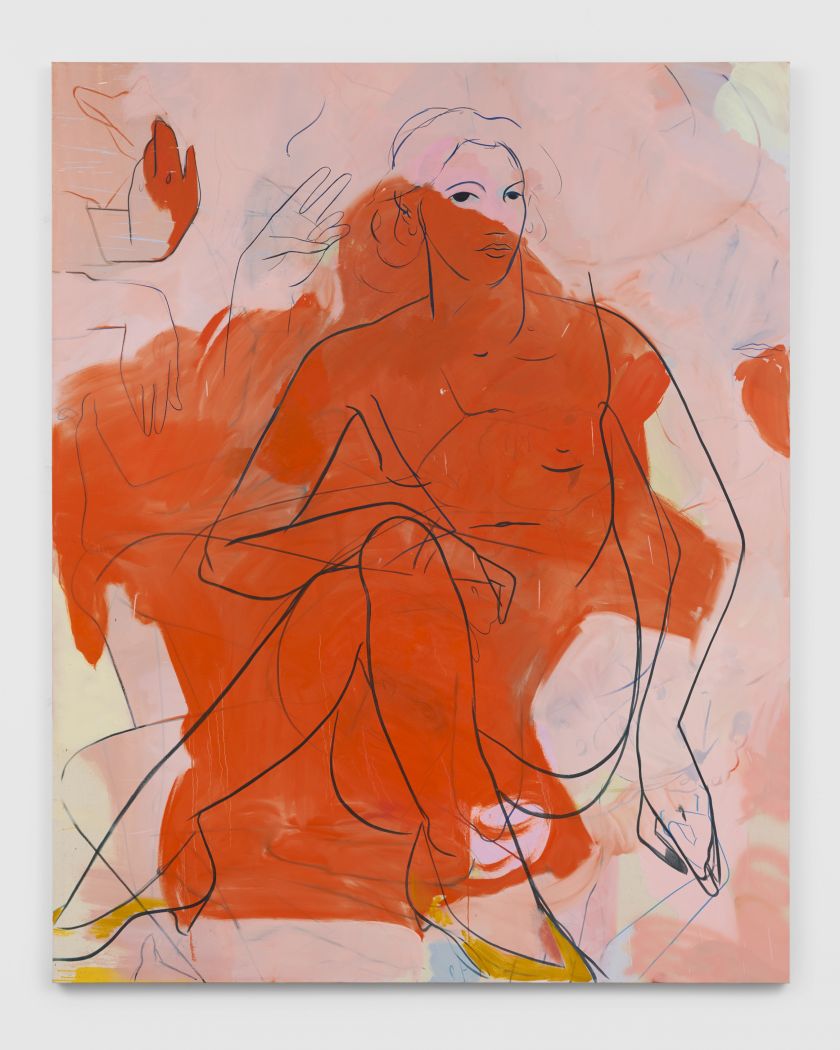 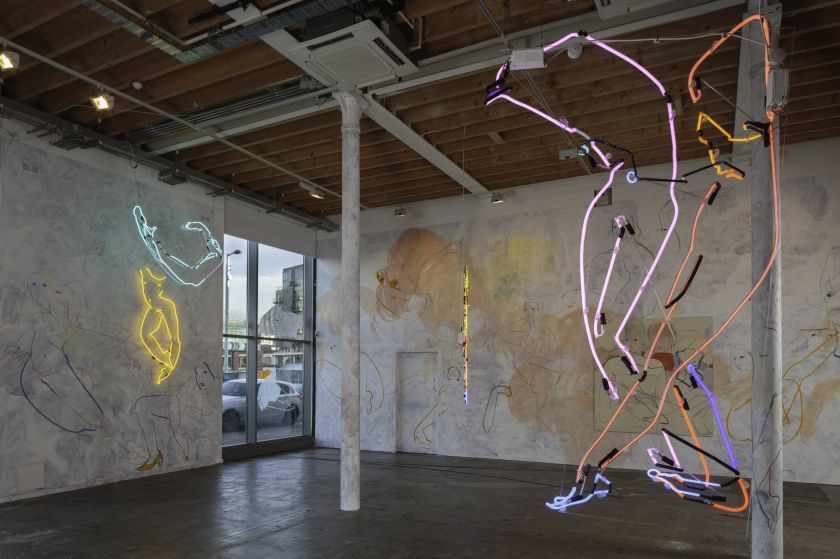