When I see a tourist from a far-flung place taking a photograph of a nondescript Manchester street I’ve walked down a million times, I’m not surprised; this city must be fascinating to those who live in a completely different culture.

So it’s interesting to see Zhigang Zhang‘s illustrations inspired by his own travels around the UK. A Chinese student in the final year of his post-graduate degree in Illustration at the Arts University Bournemouth, Zhigang loves to explore whenever he can, discovering new places and learning more of British culture.

“I like to capture the moments and narratives occurring around me as I am most interested in real life,” he tells us. “Hand-drawn observational images are combined with the digital in depicting landscapes, architecture, animals, food and humans, both individually and in crowds.”

His final-year project, Illustrations From a Small Island, is a zine that depicts his experiences of life in the UK. “It’s a wordless take and unique perception on my observations of Bournemouth and London. They are all based on my real experiences and feelings,” he says.

There’s a clear love of people when you look through Zhigang’s work as well as an appreciation for the often comical or quirky moments in life that we come across when wandering a town or city on foot. In one illustration we see a child shyly smiling on a bus. In another, people sitting on top of one of the Landseer’s Lion Statues in Trafalgar Square. One features a woman barefoot, waiting to use the cash machine while another focuses on a beach scene with sandcastles, deckchairs and seagulls. It’s a charming tribute to our small island. 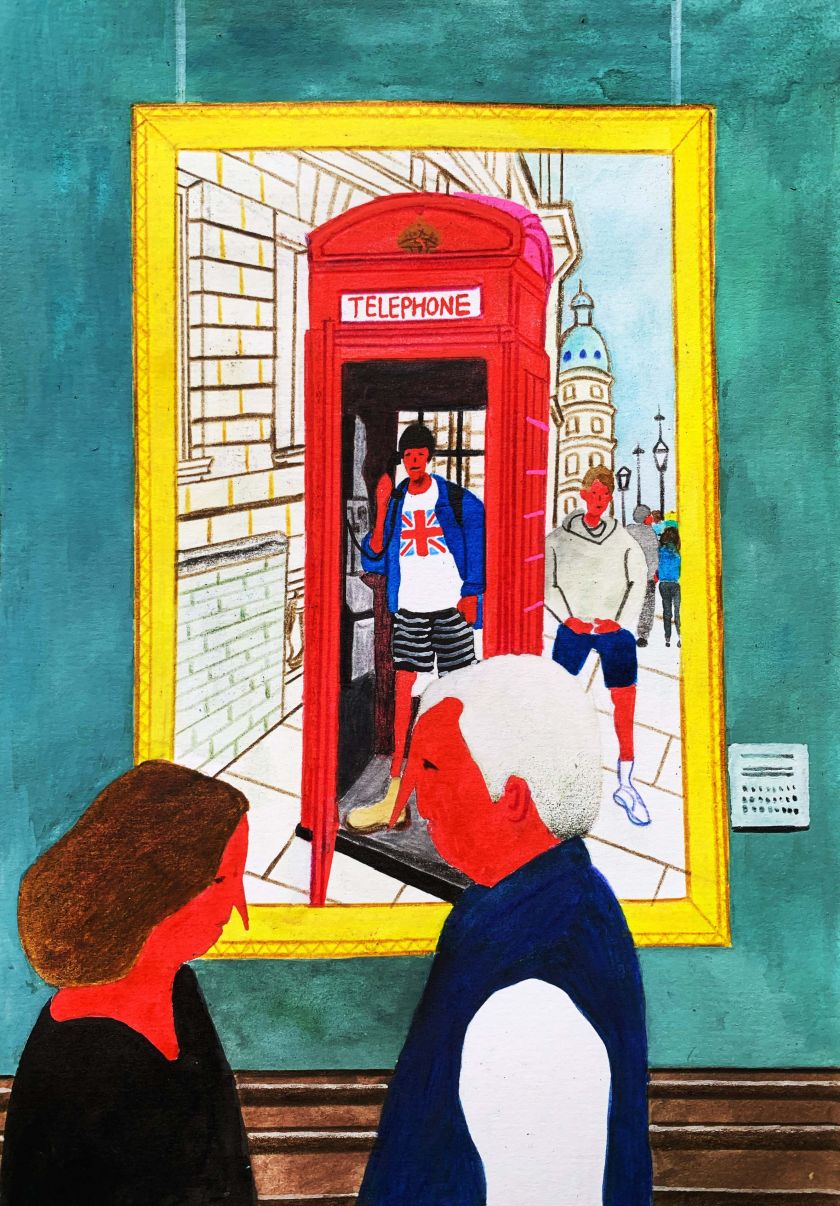 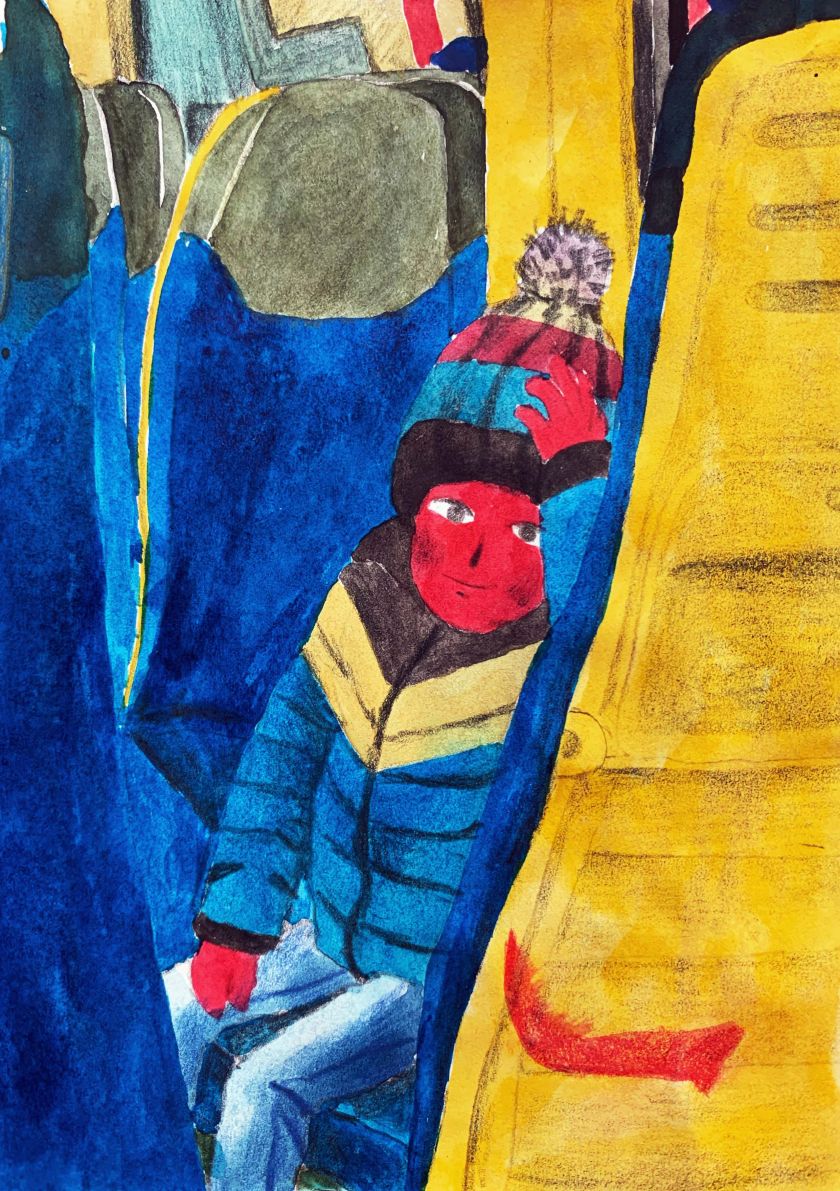 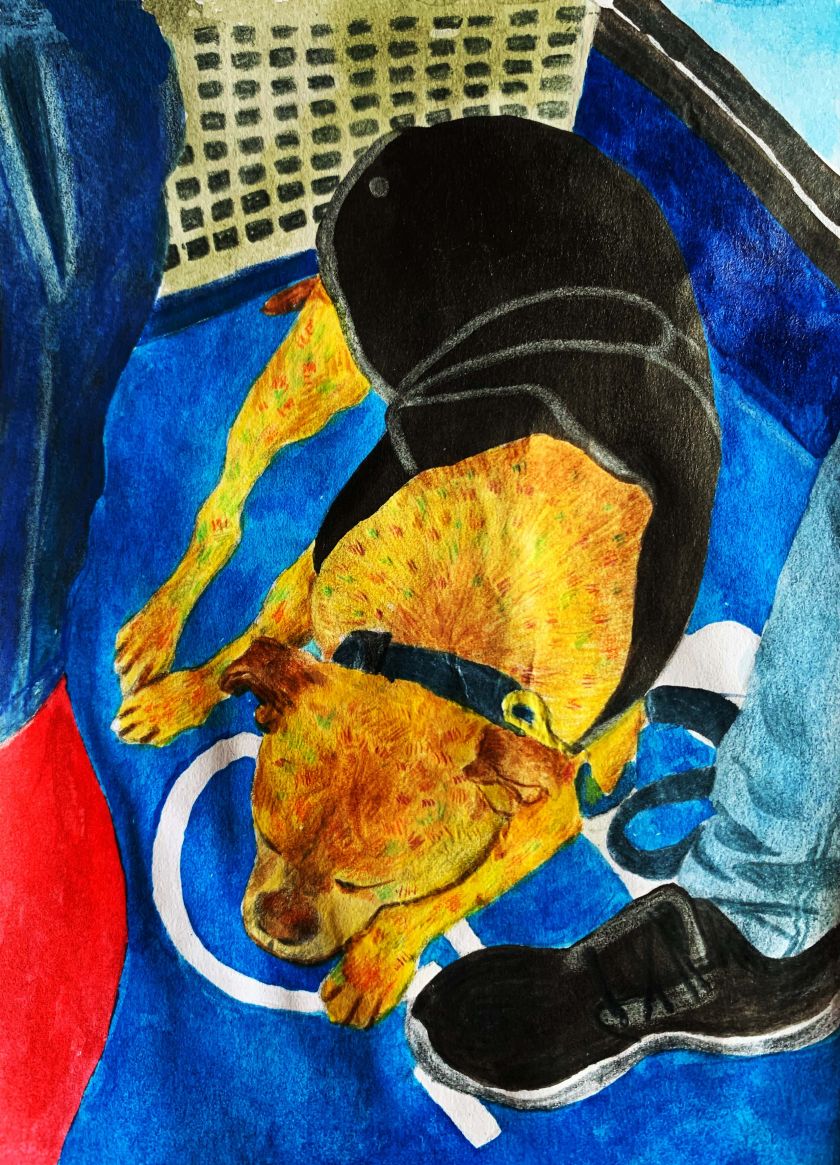 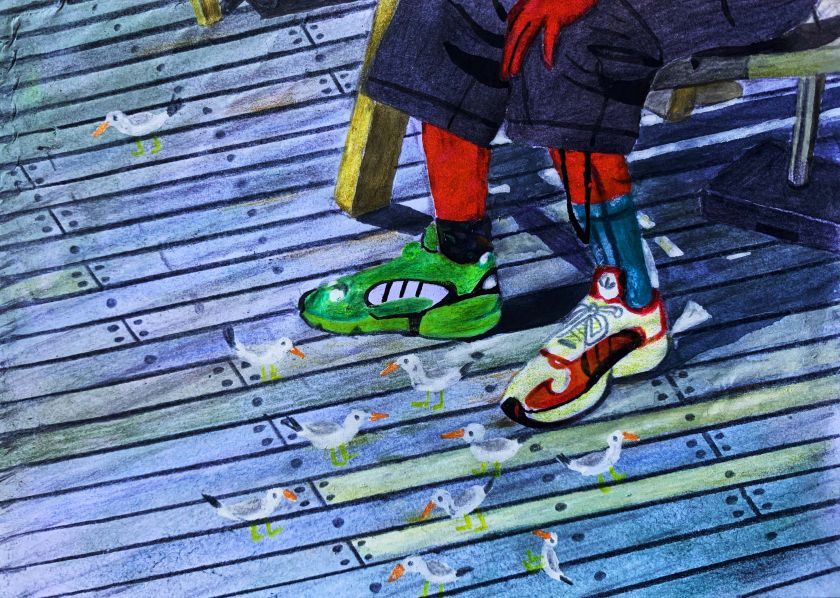 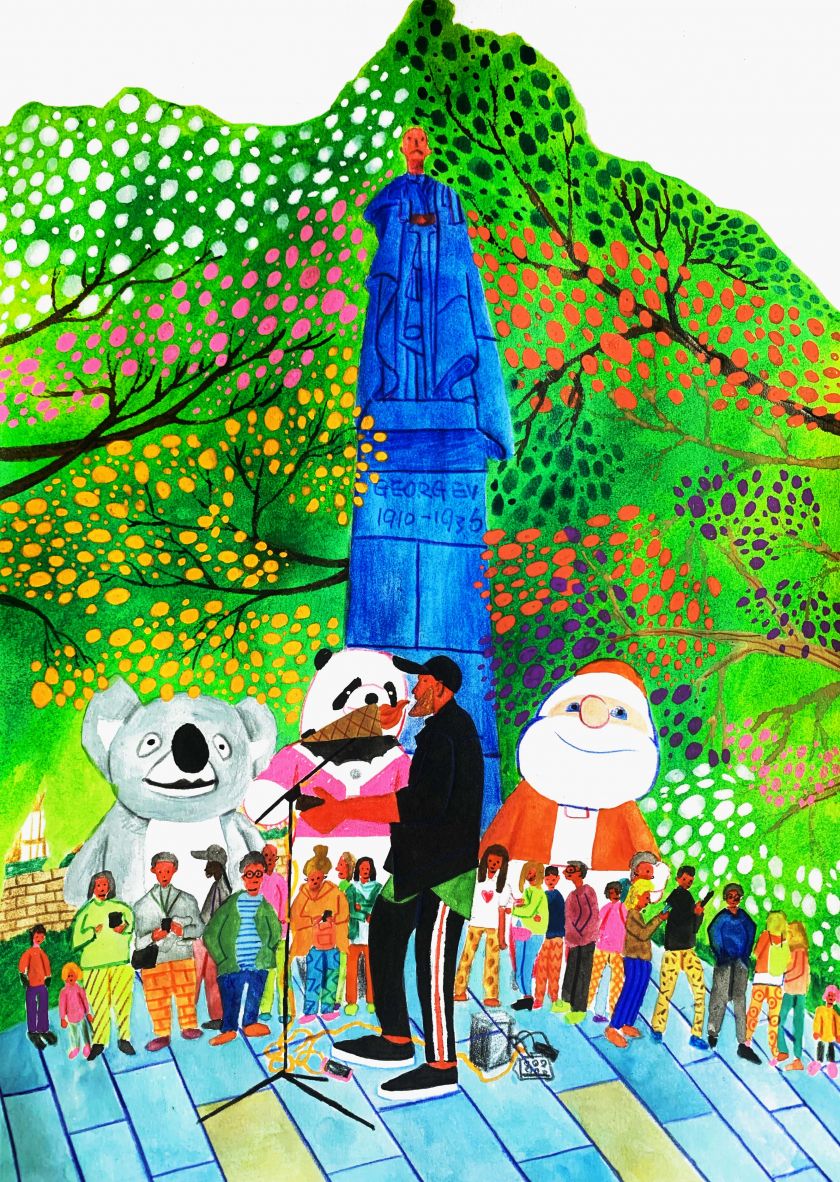 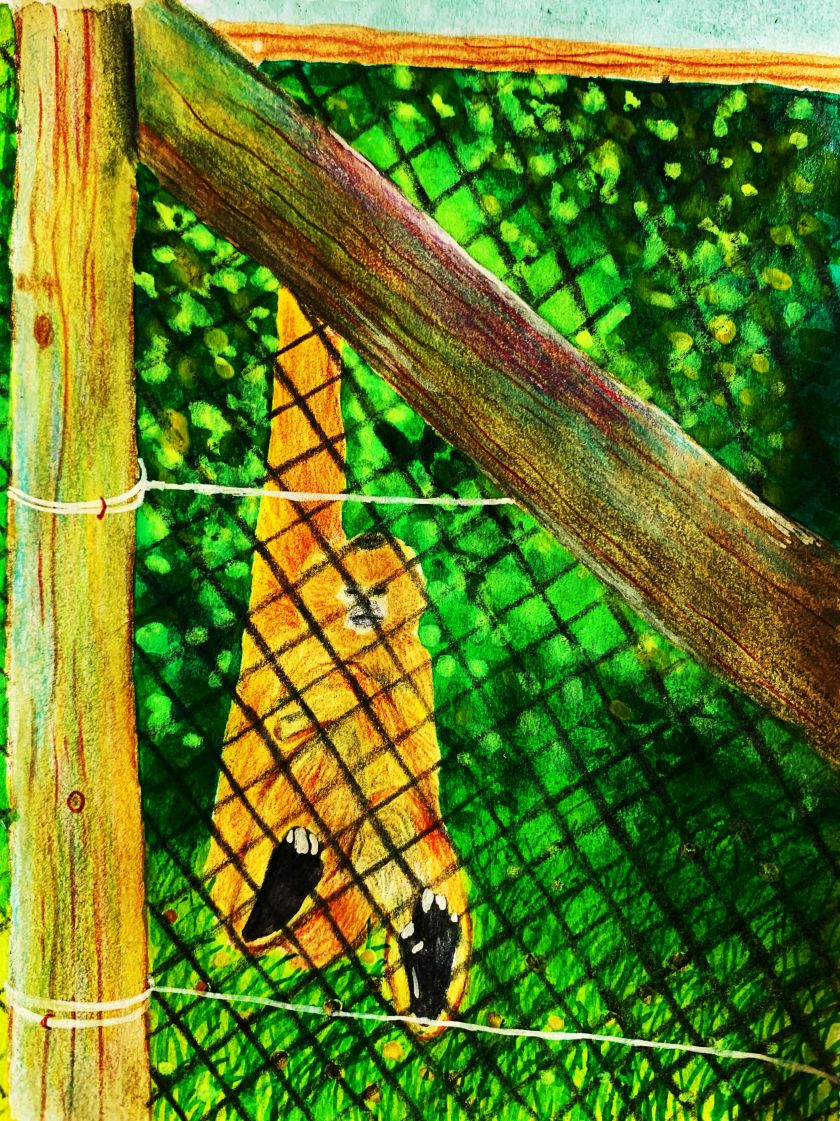 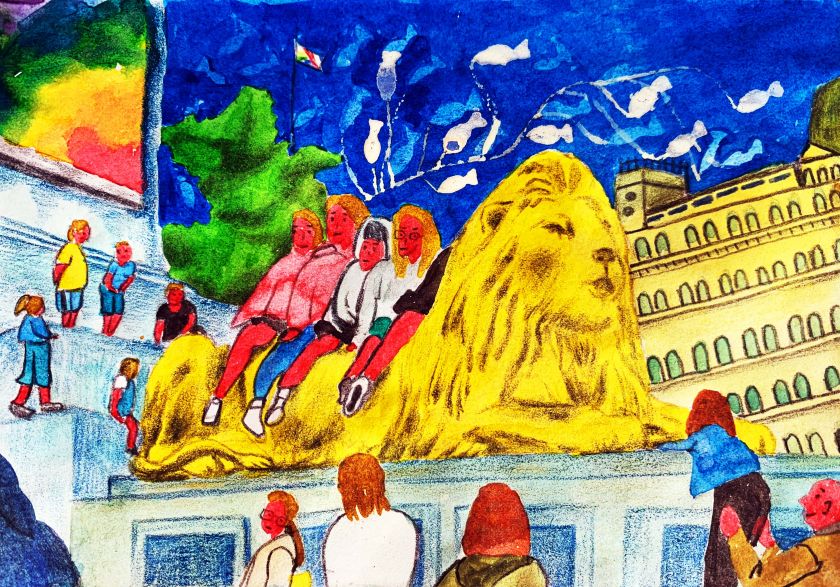 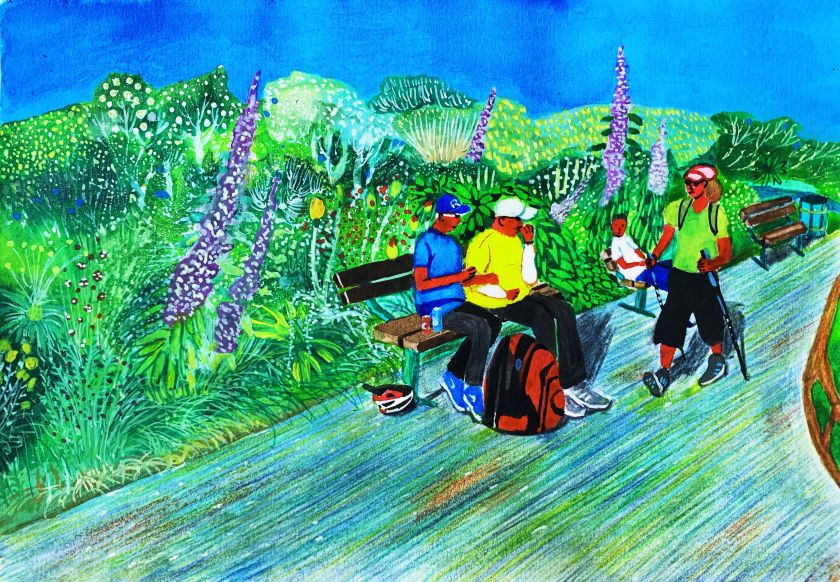 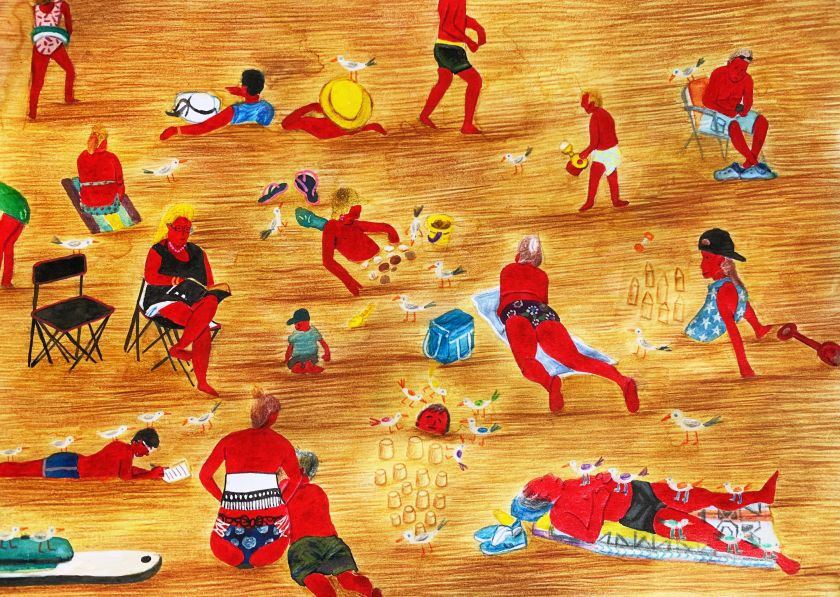